Top 10 Most Forbidden Places On Earth

Admin يوليو 22, 2020 0
There are many places that you're forbidden to visit. Today's article is dedicated to the most forbidden places on earth. This list contains some of the most dangerous places also. There might be any reason why one can't visit these places so we will dig into this matter and will tell you about these most forbidden places in the world.

Without any further delay, let's get started with the Top 10 most forbidden places on earth.

Most Forbidden Places On Earth 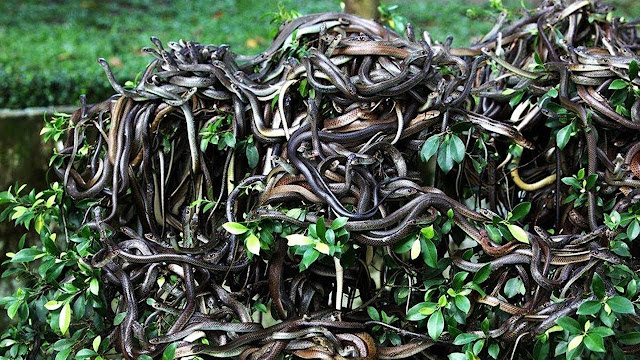 This island is situated twenty-four miles from Brazil's coast. The snakes living in that place are deadly as hell, for example, Bothrops insularis that is considered to be one of the most dangerous snakes in the world. The numbers of snakes on this island are increasing rapidly, that's why is closed to the public to protect both people and the snake population. 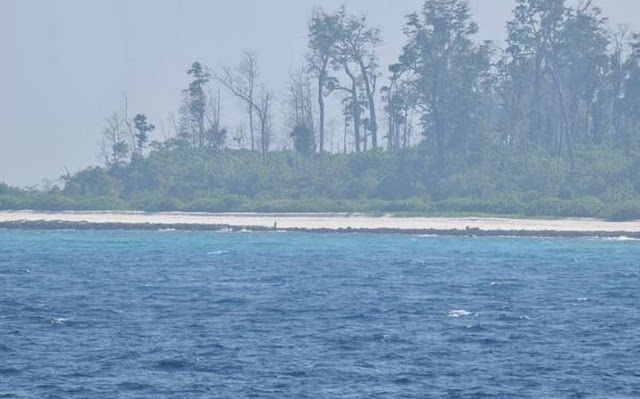 Next most forbidden place on earth is the North Sentinel Island. The Sentinel island is one of the Andaman Island's parts of the archipelago in the Bay of Bengal. The people who are living here have rejected contact with the outside world.

Sentinel people living here won't allow you to visit them. They're one of the few people who don't know anything about modern society. The Aboriginal tribes' Act of 1956 prohibits visitors from getting within 5 nautical miles of the island. No one wanted to risk his life by going there, but if for some reason you visit them, they will surely throw bows and arrows on you. The Indian Navy is patrolling the area to make sure no one visits this place. 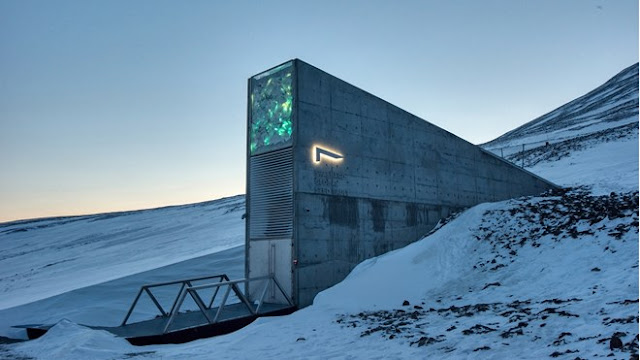 Next place from our list is the Svalbard Global Seed Vault. It is a secure global seed vault or bank in Norway island of Spitsbergen. This vault has roughly 9300 seed samples from various food crops, and these are millions of seed because one seed sample contains 500 sealed seeds.

These seeds are there to protect them from gene destruction and loss of the genetic material. This place is not allowed to visit except the authorities. This seed vault is far from any political challenges and war. Any country can send its seed without any worry. This bank is future-proofing the loss of important crops and will also prevent them from extinct. 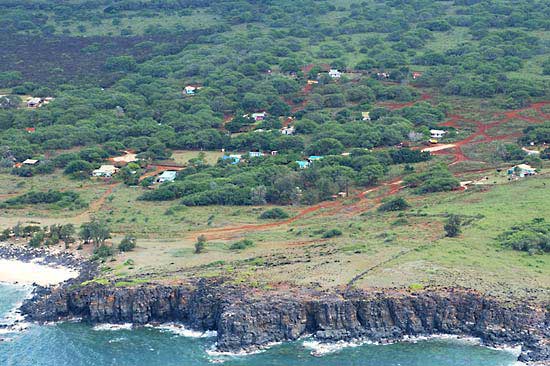 The 7th one of the most forbidden places on earth is the Niihau Island. It is situated 17.5 miles southwest of Kauaʻi across the Kaulakahi Channel. This island is a privately owned island that is also called the Forbidden Island. It is own by a family that is on the project to preserve the natural and cultural history of the island.

In 1864, a Scottish widow purchased the island from the King Kamehameha. The family is now trying its best to save this island, and they just allow Niihau people to work and live here. Once the govt tried to throw out the owners and turn the island into a state park, but it was all in vain because the owners were dedicated to maintaining its traditional environment. 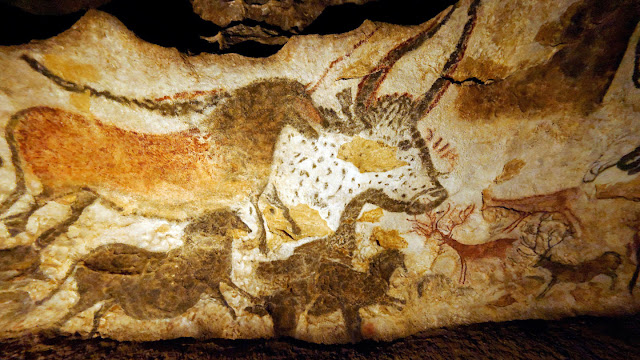 The 6th place from our list is the Lascaux cave. The Lascaux cave is situated near the village of Montignac, in France. A young boy in 1940 found a small cavity on Lascaux hill. After that with his friends, he found over 600 parietal wall paintings cover the interior walls and ceilings of the cave.

These paintings were great tourists attraction, and tourists from all over the world came to visit this place. Soon after this place was shut down for tourism because of the damage especially because of Carbon Dioxide, algae and fungi. The efforts for retaining the paintings are ongoing even after the shutdown of the cave. If you truly wanted to visit this, then you can visit its exact copy within 200 yards of the actual cave. 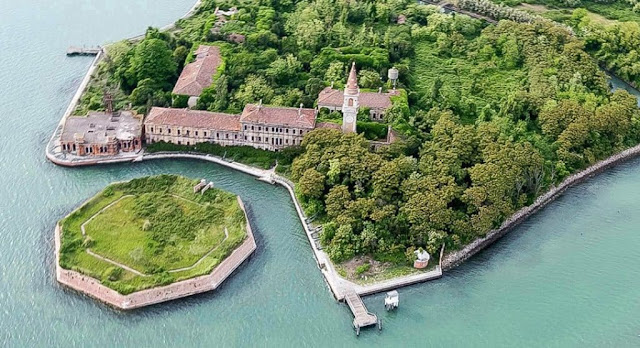 Coming up next we've Poveglia island setting between Venice and Lido in the Venetian Lagoon, northern Italy. It is the least desirable place to visit in Italy because of some reasons. The Italian Tourism Board prohibits its visit but will only allow visiting after a lengthy application process

The Roman people moved sick people to this island to protect healthy ones when the notorious bubonic plague broke out and had the whole of Europe in its grasp. The sick people who died were buried on this island, and there might be roughly 100,000 people cremated and buried. Some people consider this island to be haunted by ghosts. Some adventurous people come and visit this island for filming or documentary and saw many abnormal activities. If I were you, I would not dare to visit this place.

Next most forbidden place on earth is Surtsey Island. This island is located in the Vestmannaeyjar archipelago off the southern coast of Iceland. In 1963, a volcano erupted in the southern part of Iceland, four years later an island was formed.

It was called Surtsey after the name of the legendary character Surtr. It is also one of the youngest islands in the world. The island has aroused the interest of scientists from all over the world. This is a great example of the rise of a brand new ecosystem today. The common people are not allowed to visit the island. Only scientists are allowed to visit this place. 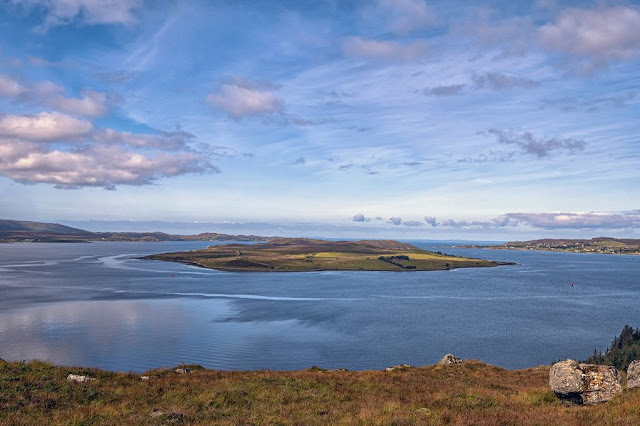 At number 3rd position one of the most forbidden places on earth is the Gruinard Island. This island is situated in the Gruinard Bay, about halfway between Gairloch and Ullapool. Scotland sold this island to the British government.

During world war 2, the British government started biological weaponry testing here. It was discovered later that during the experiment anthrax polluted the area and cause death in 95% of cases until 1980. In 1986 scientists started cleaning it from deadly anthrax. In 1990 it was said to be safe for visiting, but no one has ever settled in this place. 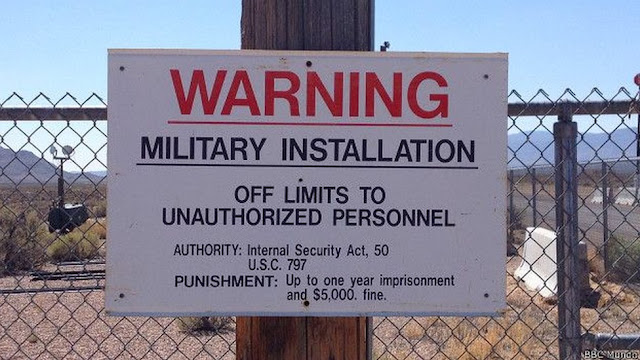 At the second position, we've Area 51 as the most forbidden place on earth. It is a highly classified USAF facility located within the Nevada Test and Training Range in the US. The list is not completed without the mentioning of Area 51. 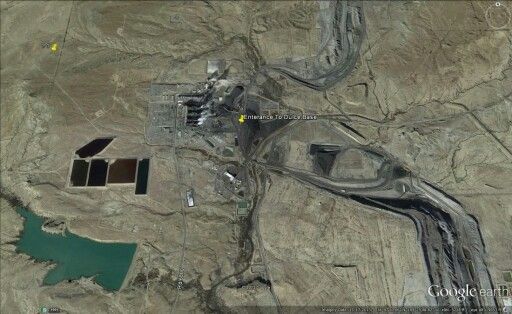 At last, we have not to visit place Dulce Base in this list. It is a tiny town situated near the Colorado border in New Mexico with a population of 2,600. There is a laboratory under this tiny town where unbelievable experiments take place.

It is said that the Dulce Base is a massive subterranean compound, and this subterranean compound has incredibly advanced technologies and human-animal hybrids. The claims of alien activities also arouse by the Albuquerque businessman. This research facility has very tight security. This place is considered to be one of the top forbidden places in the USA.

So this is the list for most forbidden places on earth. If you're a traveller or wanted to travel the whole world, then you must not go to these places because some of them are actually dangerous for life. The most forbidden places on earth that we mentioned above are
I hope you find this list informative. In case if we missed one or more places, then you can let us know in the comment section. We'll surely make another list regarding places not to visit.