Admin July 09, 2020 0
So, you've an 8Gb ram in your pc that is pretty much common these days and wanted to play a decent game on it. Modern games require more than 8Gb ram so you can't play modern titles with 8Gb rams. 8Gb ram might be able to run modern games, but it won't be able to give you smooth gaming experience. For that purpose, you should upgrade your pc. If you've 4Gb or 2Gb ram in your pc, then you can check best pc games for 4Gb ram or best pc games for 2Gb ram.

Here we'll talk about the best pc games for 8Gb ram. We'll assume that you've a mid-range 2Gb graphic card also in your pc. All of the games that we'll describe below will require 8Gb ram and 2Gb graphics card to play. If you wanted to buy ram or graphic card, then we'll suggest you check HyperX Fury 4GB or Gigabyte GeForce GT 1030.

So without any further delay, let's get started with the Top 10 best pc games for 8Gb ram. 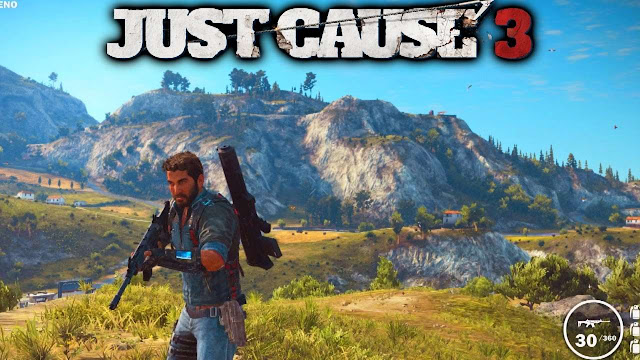 In our list of best pc games for 8Gb ram, the first game is Just Cause 3. It is an action-adventure game that was released on December 1, 2015. It is developed by Avalanche Studios and published by Square Enix. This game is the 3rd part of Just Cause series.

You can also play Just Cause 2 in your laptop or Pc. You'll see an open-world environment in this game which means you can go anywhere. The game is popular due to its destructive elements. You can destroy almost everything in this game like bridges, cars, bikes etc. You can also drive a diverse range of vehicles and even planes, helicopters, boats etc. Missions in this game are full of action and adventures. The story follows protagonist Rico Rodriguez who returns to his homeland of Medici and finds out that his homeland is under the control of dictator General Sebastiano Di Ravello. Now he has to save his homeland.

Minimum system requirements of Just Cause 3 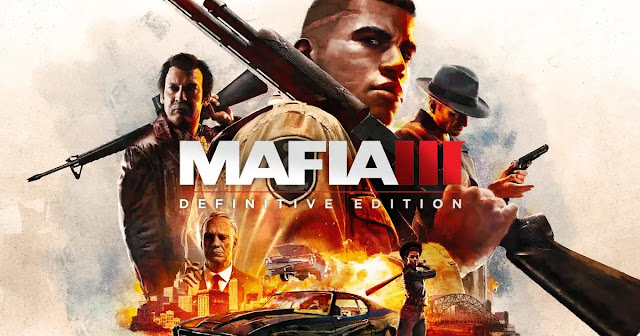 Next game for 8Gb ram and 2Gb graphic card is the Mafia 3. It is an action-adventure video game released in October 2016. Mafia 3 is developed by Hangar 13 and published by 2K Games. Mafia 3 is the sequel to the Mafia 2. If you wanted to play it series wise, then you're good to go to play Mafia 2.

Its name explains what kind of game it is. In this game, you'll be a member of Mafia and will create a new criminal organization. The game set in an era of the 20th century and perfectly depicts that time. Weapons, cars, scenes etc. everything is perfectly representing the 20th-century. The story of this game follows Lincoln Clay who has a goal to make his own criminal organization while attempting to get revenge from the Italian mob. 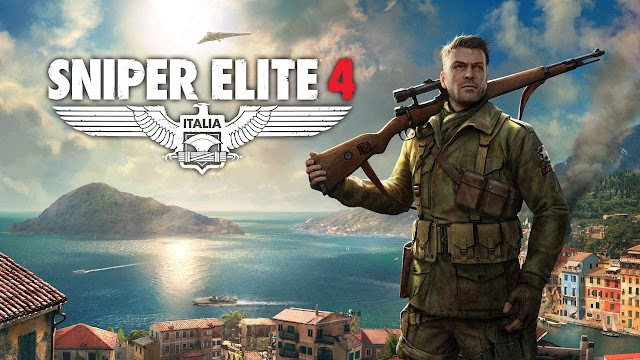 Coming up next another pc game for 8Gb ram is the Sniper Elite 4. It is a tactical shooter stealth video game that was released on 14 February 2017 for various gaming platforms. It is developed and published by Rebellion Developments.

This game is the sequel to Sniper Elite 3. You can play Sniper Elite 3 first. Sniper Elite 3 also has decent graphics and gameplay. Sniper Elite is the series for sniper lovers those who love to get a perfect hit. You will do everything that a real sniper shooter do while taking a shot like stopping breath, waiting for the perfect headshot, setting aim etc. The game is set in a WWII era and follows Orchidea who was sent to the island of San Celini to investigate the new Nazi Germany weapon. 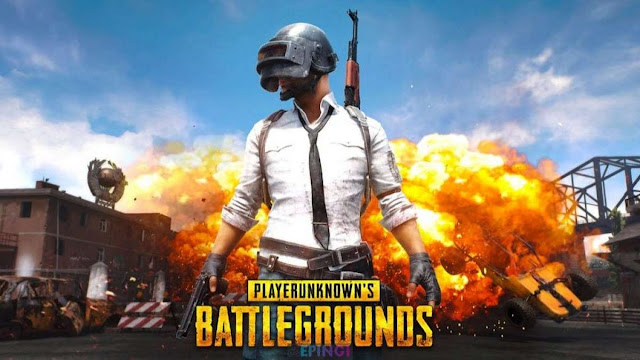 Next game from our list is Player Unknow's Battleground widely known as PUBG. PUBG is an online multiplayer battle royale game that was released on December 20, 2017. It is developed and published by PUBG Corporation.

It is an open-world battle royale game in which you'll land on a wide area with other 99 online players and will fight until death, or until you're the lone survivor. The one that will survive until last will become the winner. This game doesn't have any kind of singleplayer story mode. It is a purely multiplayer battle royale game with a lot of other multiplayer modes. If you wanted to play it on your laptop that has 8Gb ram and 2Gb GPU, then you can play it easily. If you don't have a laptop and wanted to buy one, you can check the best laptop under 1000$.

6. Rise of the Tomb Raider 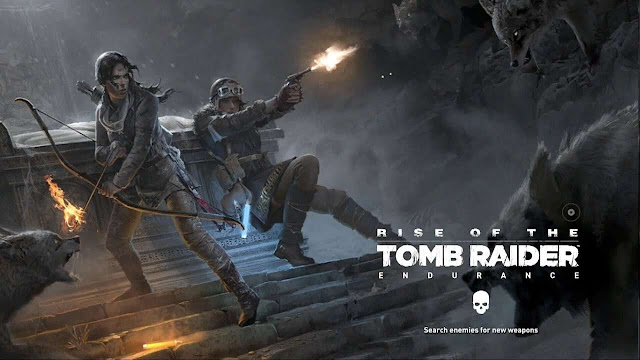 This game is the continuation of Tomb Raider a 2013 video game. You'll see extraordinary graphics with action-packed missions. The graphics are so good, the game will look so real. The game follows Lara Croft. Lara Croft set on a journey into Siberia to find the city of Kitezh. In her way, she battles with a paramilitary organization named Trinity that were intended to reveal the city's promise of immortality. The game is really fun and mystery to play. You can surely check this game if you love to play puzzle type game.

Minimum system requirements of Rise of the Tomb Raider 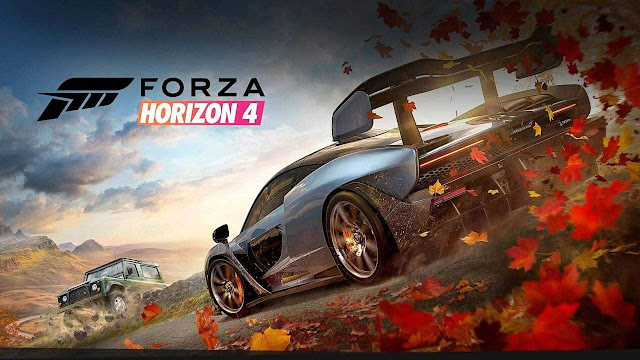 Forza Horizon 4 is one of the best open-world game for PC that can run on 8Gb ram pc. It is the first racing video game on our list and probably the last also. It is developed by Playground Games and published by Microsoft Studios. It was released on 2 October 2018.

Forza gaming series is well known for racing games. You might be thinking it is just a racing game, but let me tell you that it isn't. It's a huge game containing beautiful environment and features over 670 licensed cars. You will be able to do a lot in the game like racing, challenging other players, stunt jumping, collectable hunting etc. Forza Horizon 4 is the best game of its series in terms of size, scope, variety, and enjoyment. Froze Horizon is in this list for those who're fond of racing games. 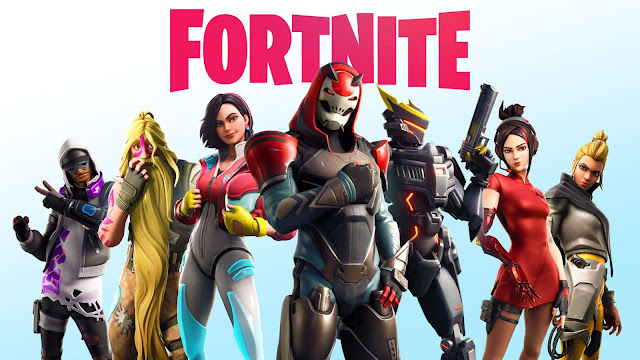 Next one of the best pc games for 8Gb ram is the Fortnite Battle Royale. It is a battle royale online video game that was released on September 26, 2017. It is developed and published by Epic Games.

You can play Fortnite smoothly without any lag in your 8gb ram pc or laptop having a minimum of 2Gb graphics card. It belongs to a battle royale genre just like PUBG that we've told you earlier. I don't know what to tell you about this game because most of you have already played this game or have heard about it. This game doesn't need any introduction. Fortnite is globally one of the most popular game. The graphics of this game aren't realistic, instead, they're animated. You have to survive until the end to be victorious. 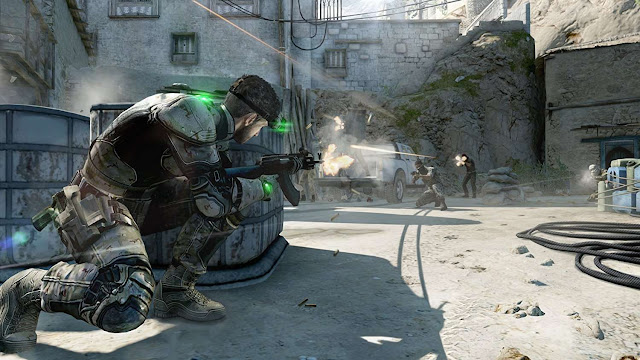 Moving onto number 3rd position, we have Tom Clancy's Splinter Cell: Blacklist. It is an action-adventure stealth video game released on August 2013. Splinter Cell Blacklist is developed by Ubisoft Toronto and published by Ubisoft. 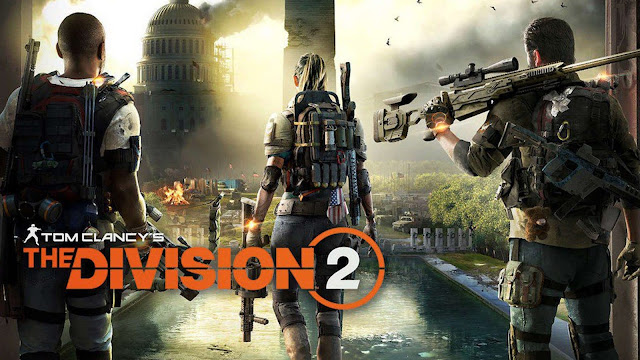 It is the second part of Tom Clancy's The Division game which was released in 2016. This game is one of the best open-world game of 2019. You can play both The Division and The Division 2 on 8Gb ram pc. The game set near Washington DC in the aftermath of a smallpox pandemic. You'll fight with a lot of enemies and will drive different cars in this game. You'll see eye-catching graphics, extraordinary visuals in this game. 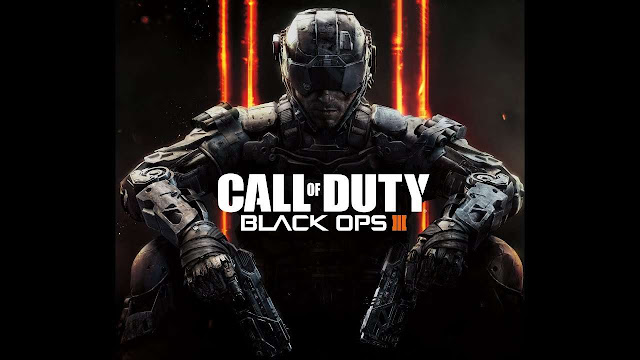 Here comes the Call of Duty Black Ops III that is one of the best game of Call of Duty franchise and also one of the best pc games for 8Gb ram. It is a first-person shooter video game that was released on November 6, 2015. This game is developed by Treyarch and published by Activision.

You can play Call of Duty Black Ops I, II also. I will recommend you to play the whole Black Ops series because that's how you'll understand and will able to enjoy its story. You can check other Call of Duty games also like Call of Duty Advanced Warfare, Call of Duty WWII etc. All of these games are playable on mid-range PCs. The story follows a group of black ops soldiers in the year 2065 with new technologies and weapons.

Get all latest content delivered straight to your inbox.